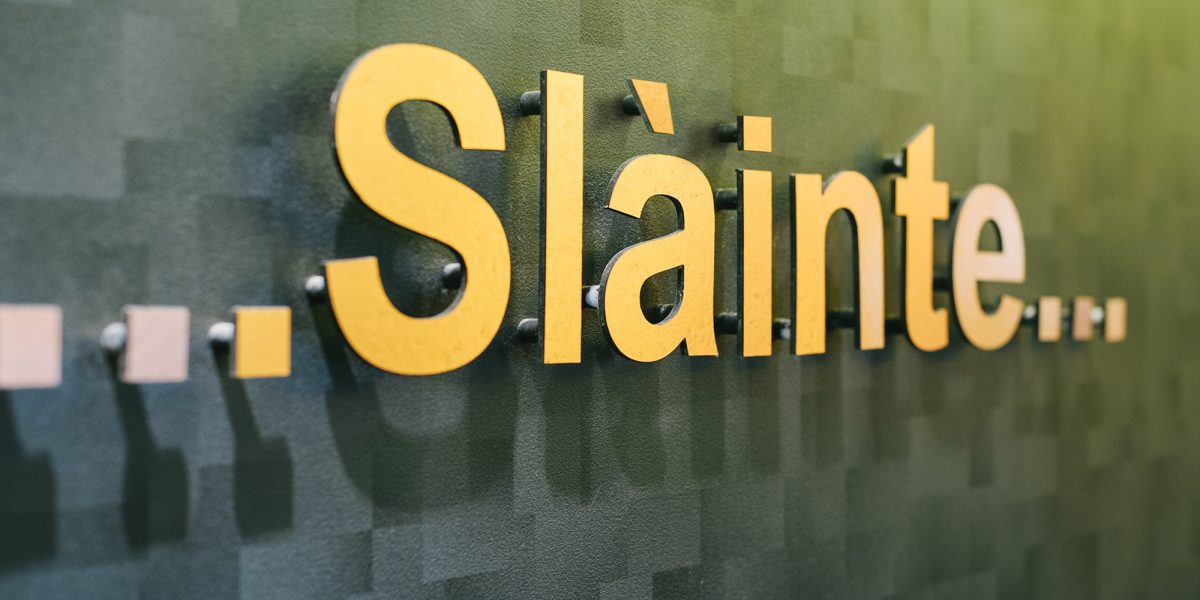 Bringing Gaelic into the Workplace

SPEY was the first integrated communications agency to offer the full spectrum of our activity bilingually and as Gaelic Week draws to a close, our team reflects on the language’s place not just in the communications sector but in workplaces all across Scotland.

PR and Gaelic are very rarely mentioned in the same breath, possibly because mass communications and marketing is at odds with a language that is only spoken by 1% of Scotland’s population. Yet, despite being a minority language, Gaelic’s presence is very much felt in modern Scotland via the names of its hills, rivers, and major cities.

This presence extends to Scotland’s marketing landscape, and is particularly evident within the whisky world where many brand names derive from their Gaelic locations and surroundings. For example, Benriach distillery located near Elgin roughly translates to ‘speckled mountain’, giving consumers a little insight into the landscape surrounding the distillery - an insight not evident in its English name counterpart.

Gaelic surrounds and is very much integrated in how we communicate stories within Scotland and, despite being a minority language, Gaelic is crucial to companies that market Scotland and the products/services it provides. The fact that Gaelic has the potential to generate £148.5m for the Scottish economy is also a strong incentive for businesses to engage with this celtic language.

We could get bogged down in the relationship between Gaelic and tokenism within marketing, but we want to focus on the practical application. Is it possible for majoritively English speaking companies, that interact with Gaelic words, phrases, and businesses on a day to day basis, to engage with Gaelic in an authentic and positive way, and contribute to its preservation?

Spoiler alert: the answer is yes. We often forget how much progress Gaelic has made in the past decade. Before the Gaelic Language (Scotland) Act in 2005 , Gaelic was not even recognised as an official language of Scotland. Now, you only have to look at the success of Gaelic Duolingo and VisitScotland adverts to see its important role within Scotland’s identity and products.

However, this shift in the perception of Gaelic has not necessarily led to more people speaking the language. In the past, the promotion and use of Gaelic was pioneered through schools, universities, and Gaelic organisations, with a focus on educational settings. Promotion in these ‘traditional’ spaces continues today, but how can we promote the language outwith these spaces, bringing it into our own workforce where English is most likely the dominant language?

Firstly, we must acknowledge and support the institutes and organisations that do preserve Gaelic and create Gaelic spaces. For example, Sabhal Mor Ostaig, The Mod, Blas Festival, to name a few are crucial in keeping the language alive and creating spaces for Gaelic speakers of all levels to learn and work within. It also means if a member of staff within your company is looking to learn Gaelic, they will have support from one of these organisations.

Secondly, there's a notion that to preserve a language we must become fluent immediately. In an ideal world everyone would learn Gaelic, but I believe you can understand Gaelic - its essence if not its entirety - through small steps. Questioning where Scottish mountain names come from, knowing that Inverness refers to Inbhir Nis (meaning mouth of the River Ness), or even the act of attempting to pronounce Gaelic names of whisky brands (even if you get it wrong) forces us to become aware of Gaelic and to engage with it positively in the present.

Lastly, I believe there is a need to incorporate Gaelic words into our-day to-day communications. Companies such as VisitScotland and Historic Environment Scotland incorporate Gaelic communication into their email boilerplates and as a function of their website, making Gaelic, an explicit part to their comms. You could sign off emails with ‘gach durachd’ (kind regards), you could say ‘tioraidh’ (goodbye) when you’re parting ways with a colleague. These little acts of engagement with the language within the workplace are invaluable.

These are small steps which can be taken within the workplace and play a part in engaging with Gaelic and its preservation. You never know, being that little bit more conscious or that little bit more attuned to the Gaelic way of thinking, might give you your next big idea. 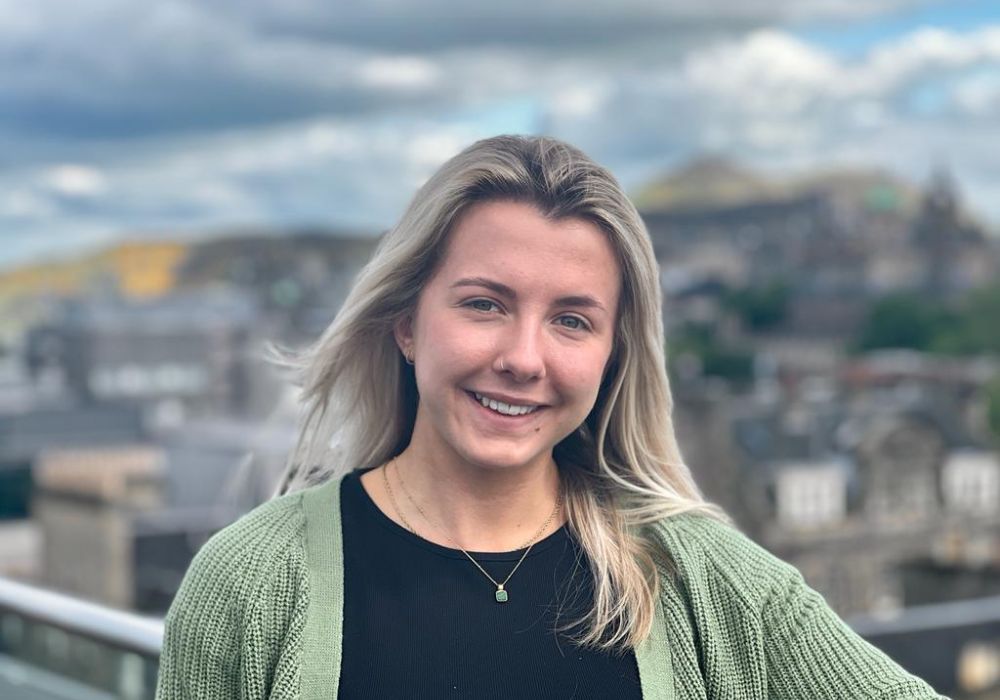 Get to know our Senior Associate, Communications 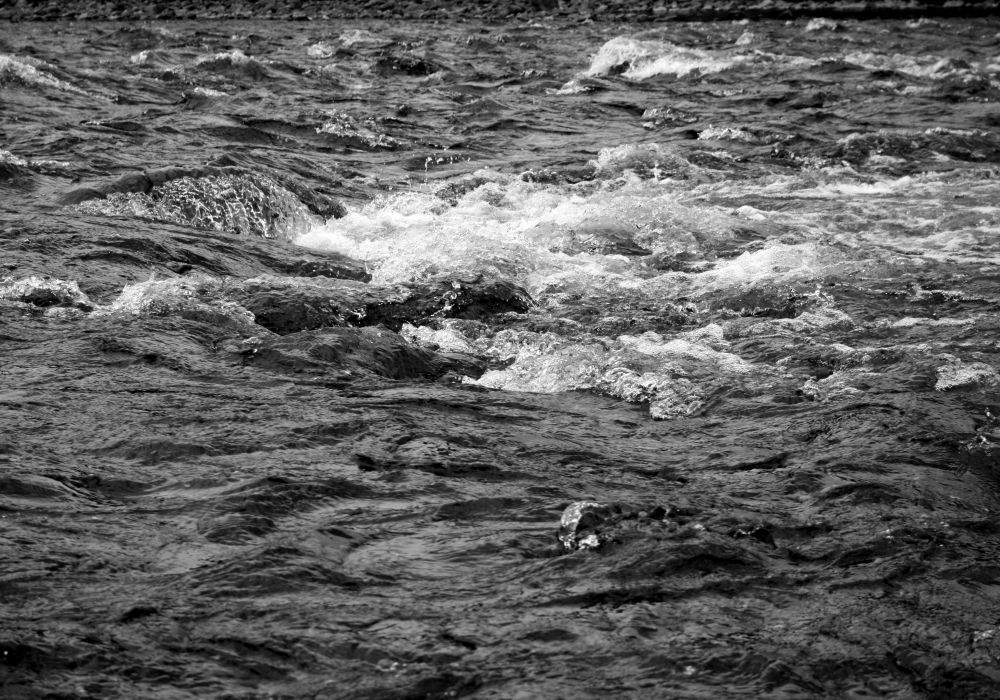 According to the Mental Health Foundation “Good mental health at work and good management go hand in hand and there is strong evidence that workplaces with high levels of mental wellbeing are more productive. Addressing wellbeing at work increases productivity by as much as 12%.”